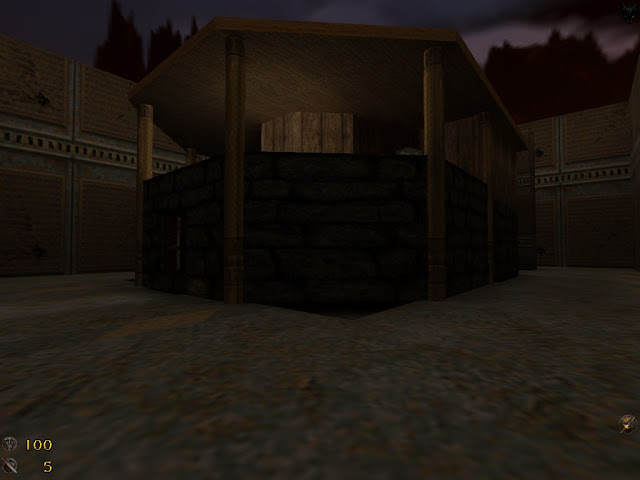 The lights from the balcony are cast and work in conjunction with this morning sun light setting.

I have figure out how to use the sun in the maps. The below link doesen't told you that if you have arghrad.exe in your Quark folder of choice, you must keep the letters and numbers you put in Quark, in worldspawn, from gddqrad3.exe, too. Of course you are using arghrad.exe and not the older version, gddqrad3.exe. arghrad.exe doesen't run by itself, runs when you use "GO !" in Quark editor.

I will make a tutorial on how to do it and what i modified in Quark, besides the difference panjoo did there. Thank you Sir Phil Mirrory, Toa of Mirrors, for telling me that i forgot to put the below links :